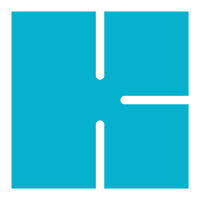 Its geographic location and continued investment in road infrastructure make Zadar one of the Croatian cities with best traffic connections.

The city of Zadar is easily accessible by car, plane and ferry. It has a great transport infrastructure which connects it directly to other bigger Croatian cities: Zagreb, Rijeka, Split and Dubrovnik.

Only 3 kilometers from the city centre is situated new Gaženica passenger port, which was proclaimed the Port of the Year in 2019, at the most prestigious award ceremony for cruise ports, the Seatrade Cruise Awards 2019, held in Hamburg.

Small but modern international Zadar Airport is very well connected to bigger towns of Croatia and Europe and it is situated only 12 kilometers from Zadar.

From Zagreb, Rijeka or Split it is only few hours drive on the modern motorway.

Whichever way you choose to come to Zadar, the beautiful natural landscapes won’t leave you indifferent.

Zadar is an ancient city with extremely valuable cultural heritage. Situated in the heart of the Adriatic, it is an urban centre of North Dalmatia as well as administrative, economical, cultural and political centre of the region with 75.000 inhabitants. Numerous tourist attractions, autochthonous cuisine, cultural sights, modern sport infrastructure and a wide range of excursion programmes make Zadar the right destination for organisation of events, vacation, sport and entertainment.

Zadar is one of the most popular tourist destinations which the London Times named „the centre of entertainment on the Adriatic“, while Guardian named it „the new Croatian capital of cool“.

The city of Zadar is full of medieval and renaissance archaeological and monumental treasury as well of modern architectural accomplishments such as the world’s first sea organ and the urban installation „Salute to the Sun“.

The turbulent history, destructions and constructions of the city throughout the centuries have left many scars as well as valuable cultural heritage. Many churches and cultural monuments remain from various time periods and reflect their artistry construction styles. Approximately 70 of them are located in the historic centre, whereas more than 600 are spread on the outskirts or in the surrounding area.